Blackness is not real
White men made it to keep us in chains
Igbo, Yoruba, Ewe
Our tribes are our identities
The Atlantic Ocean washed us into one blood

Nowadays with Google and hard work
you can free yourself
So, why aren’t we free?

Faces in the crowd
Some carry the bug

I am with them
but alone

We are in dark times. The coronavirus pandemic. Police brutality. Riots. The Trump Presidency. We have stay at home orders. Unemployment is at an all time high. There are a lot of reasons to feel scared. The future feels uncertain. I want to look at this from a different angle. I want to offer reasons for hope.

The riots are a good sign. It means people are upset at a system that was already failing. It’s been long overdue for America’s racist institutions to revolutionize. That was a good step.

Now is the time for every American to recognize his or her own power. It’s one person, one vote. As terrible as his presidency has been, every American should be voting Trump out of office in November. That won’t happen. We won’t get everyone, but we can still win.

Also, we need to participate more in local elections. That is where a lot of the legislative and judicial battles are won. That’s where we can win the fight against police brutality and racist institutions as a whole.

As Blacks, we need to take our culture back. A lot of our music, movies and TV are stereotypical, offensive and harmful, especially mainstream rap music. That is not entirely our doing. A lot of times, the powers that be force entertainers to make a certain type of film, show or music out of their own racist agenda, which cannot be separate from the larger mechanism as a whole. But, we’ve got our own movie studios and record labels now. Artists have more freedom. We just need to recognize it and stop supporting trashy entertainment.

We need to improve education. Schools in the inner city are a travesty. We can fix that. Either we can give them more state funding or we can rezone schooling districts to distribute wealth more fairly or come up with a more even way to distribute money to schools than through property taxes. And curriculums have to change. We can no longer teach Black students their history starts as slaves. Don’t leave out the part where we were kings and queens in Africa. Again, a lot of this depends on voting. We need to support candidates with these platforms. A lot of independent charter schools are popping up. Let’s keep that up.

And, finally, we need to get wealthy. Studies have shown that the biggest factor which determines someone’s wealth in life is the wealth of their parents. White people got a major head start, no doubt. We weren’t even allowed to own anything. In fact, we were considered property. But, it’s 2020 now. There are wealthy Blacks out here who aren’t celebrities and they walk among us, hiding in plain sight. We should learn from them. Google is our friend. A lot of wealthy Blacks have blogs and YouTube channels teaching us how to do what they did. We should network within our community and take care of our own. Black Wall Street happened because O.W. Gurley bought the land in Tulsa and would only sell it to Black people. He was a free thinker, enterprising and proactive. In 2020, that’s the type of attitude we need. And, we need to stay strapped, in case racist Whites want to bomb us again. 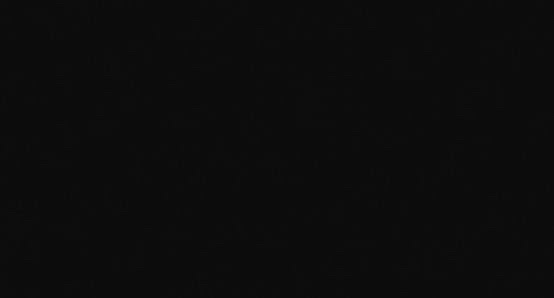 I wonder
Why am I hated for this?
It’s just melanin
It’s just skin
I know that
looking through my eyes from within

What do they see
when they look at me?
Should I wash my black off
so I can be free?

Programmed with hate
They see black and see enemy
They see threat
They don’t know
I just want to live, laugh, love

He was yet another brother gone too soon. What some people are forgetting is his humanity. By his family’s account, he was a man who meant so much to so many people. He was somebody’s father, son, brother and friend, etc. His death leaves a gaping hole in their lives. And what about his own dreams and goals? He will never achieve them.

Do not let the media desensitize you. Do not let America normalize murder for you. Black lives truly matter. Every innocent black man murdered by the police is a tragedy of monumental proportions. George Floyd could easily still be here. That officer had over 9 mins to take his knee off his neck.

Kaepernick tried kneeling. It’s time for all of us to take a stand whether we’re black, white, yellow or brown, etc. This is not just a black issue. It’s a human rights issue. The killing of innocent black men must stop because when it happens to one of us, it happens to all of us, no matter who we are. RIP George Floyd. You will be dearly missed. I pray your death doesn’t go in vain. 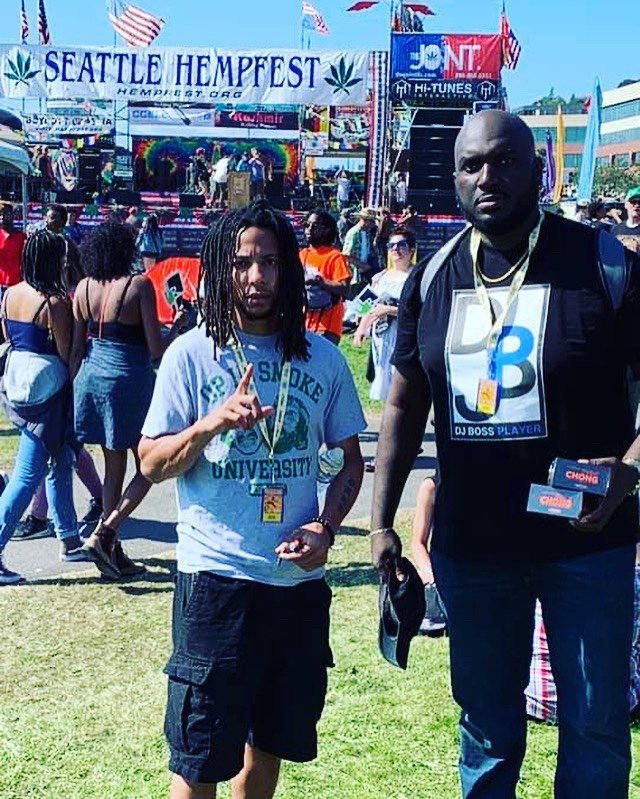 THIS WAS THE WORST DJ WEEKEND OF MY LIFE, although you can’t tell from the pictures.

Saturday and Sunday August 17-18th, 2019. I’ll never forget it. I still have nightmares. Saturday I DJ’d for Malcolm Miller’s meet and greet with the NBA championship trophy he won for playing for the Toronto Raptors. First of all, I arrived late, which I almost never do, and, on top of that, my DJ software wouldn’t work so after more than half an hour of no music trying to fix it, I decided to play off iTunes, which had terrible sound quality. I basically ruined the event. Letting the crowd and my clients down felt like losing my soul or the sixth circle of Hell. I still feel terrible. I apologized profusely but I had no time to dwell on it because I had to catch a flight to Seattle for a big festival performance with Royce Castro. Before I made it to the airport I scurried to Panera down the street to use their Wifi and I fixed the software issue.

When I arrived in Seattle, things went smoothly at first. I met Royce at the hotel and we rehearsed and everything went perfectly. We were optimistic about the our performance at Hemfest the next day. This festival was a big deal. It was about supporting Cannabis business and culture. There were about 100,000 people in attendance. We were set to perform at the second stage, which had hundreds of people in the crowd. The only problem is when I got on stage and turned on my laptop, its hard drive crashed. We didn’t get to perform. I can not articulate the depths of sorrow and anger me and Royce felt over this. We had flown across the country for that performance, put in hours of practice and promoted the event on social media. This was my first show with Royce and I felt I really had let him down. I went to the airport and contemplated whether or not I should even DJ at all any more.

But, I didn’t quit. Much time has passed and I have had many successful gigs since then. I have DJ’d several times at the top silent party in the city at Lucky Strike, plus Heist Lounge and MK Lounge, all top spots in DC. Plus, I got picked up by one of the best DJ companies in the DMV, Extraordinary Entertainment. My artist Born I scored 2 million plays on Spotify last year and we’re set to drop our mixtape this year. So, we might go on tour. Once this coronavirus pandemic passes, my future looks bright.

I’ve had time to think about things and I’ve learned a few lessons. One is to have a backup laptop. I don’t have one yet but I’m saving up for one. Another one is to have a small back up MP3 player to play music off of as a fail safe for performances with artists. But, the greatest lesson is not to beat myself up after a failure. Michael Jordan said he “failed over and over again and that is why he succeeds.” The most important thing is that you take the shot. You miss 100% of the shots you don’t take. There are so many examples of people failing on their rise to success. Imagine if I had quit DJing. I would have never experienced all the joy I’ve felt since then, exercising one of my passions. And, worse, I would be wondering “What if?” for the rest of my life. I couldn’t live with that. So, I’ll keep reaching for the stars and, if I’m lucky, I might land on the moon. And, now, I appreciate it way more when things go smoothly without technical difficulties. That terrible weekend made me stronger. Luckily, I’m still on good terms with the Miller family and Royce Castro so hopefully I can make it up to them one day. And, lastly, you can fix bad equipment but you can’t fix a bad DJ! So, I’m good!

I’ve always existed,
part of the Universe,
a ripple in the pond of time.

We are all God.
We just must assert our godliness.
The same energy flows through all of us.

Somehow, we must live
this bodily experience
though we are spirits by nature.

Therein lies the conflict:
We were born to die.
Yet, we are immortal.

A black hole
Sucking in space
Destroying stars around me

What’s the theory of relativity
When boomerangs don’t come back?

Feelings are the devil

If you could feel me
I probably wouldn’t like that

I’m Mona Lisa
Not smiling
On the Louvre wall
Don’t touch of the art!

We long to capture the beauty
To be the admirer, painter and subject
All at once
Would be divine

Wherefore art thou Juliet?
I long for the day we met
And lay in serene serendipity
Living forever
Neither swallowing poison
Nor feuding

I walked the winter street.
I inhaled oxygen
and exhaled relief.

My soul ran out of breath.
The moon and the cold night air
gave me CPR.

The moist air
cuddled me like a blanket.
It quelled my insecurities.
It was therapy for my fears.

Will I make it?
Time will tell.
Oh, the certainty and fairness of time!
For, now I work.

Love is my labor.
My passions run deep
I’m in charge of the rhythm of the night.
I keep the heartbeat of the streets.

I long for the day
to walk not this trail,
but a path in step with the Lord,
on my own accord,
a fully realized me.